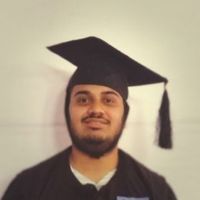 Blockchain is literally just a chain of blocks!

A "Block" is like a record book & it can contain any kind of information. It stores Hash (Cryptographic code generated by special algorithms) of its own and of previous block, which makes each block unique. It also stores details such as timestamp & link to previous block. Due to this it's impossible to change any existing information such as transaction, records, documents.

Blockchain can be used in multiple areas. Take an example of blockchain used in transaction then a block can store information about :

Every block that gets added in the blockchain, is publicly available to be viewed by anyone.

Some types of Blockchains :

In blockchain blocks are stored in linear fashion and in chronological order, meaning blocks will be always added at the end of the blockchain.

So, say a hacker wants to change a single block, then that hacker has to change every block after the change in single block in the blockchain, Also the hacker will need to calculate hashes of those blocks as well. Because of this it's almost impossible to edit or delete a block in blockchain.

“The blockchain is all about bringing in transparency and efficiency into the existing systems which are running the upstream and downstream supply chains and making them more proactive and predictive.”